Deep Listening to Phenomena: Stanley Park was made in collaboration with India Oates, as an outcome of a Fieldworks SPACE course taught by Justin Langlois. Also, in conjunction with the Canada 150: Landmarks national exhibition, and the Stanley Park Ecology society. Our class held an exhibition in Stanley Park on June 10th, 2017, which was comprised of this sound art installation, and many other workshops, guided walks, and sculptural installations.

Inspired by Deep Listening theory, India and myself scoured the park's ambient and active soundscape for several days, observing and documenting sounds in real time. After reviewing the recorded media, we found a finite distinction between the natural and infrastructural sounds amongst the geography, biodiversity, and hydrography of the park.

The deliverable evolved into a collaborative piece, wherein Oates produced a nearly 30 minute composition, accompanied by a proximity-sensor triggered audio sampler coded and assembled by myself. As a contextual representation of the park itself, it's natural elements remain unhindered until (audience members) enter the space and set off sounds of bulldozers, speed boats, and horse-drawn carriage tours - representing the human/infrastructural impact on the park. 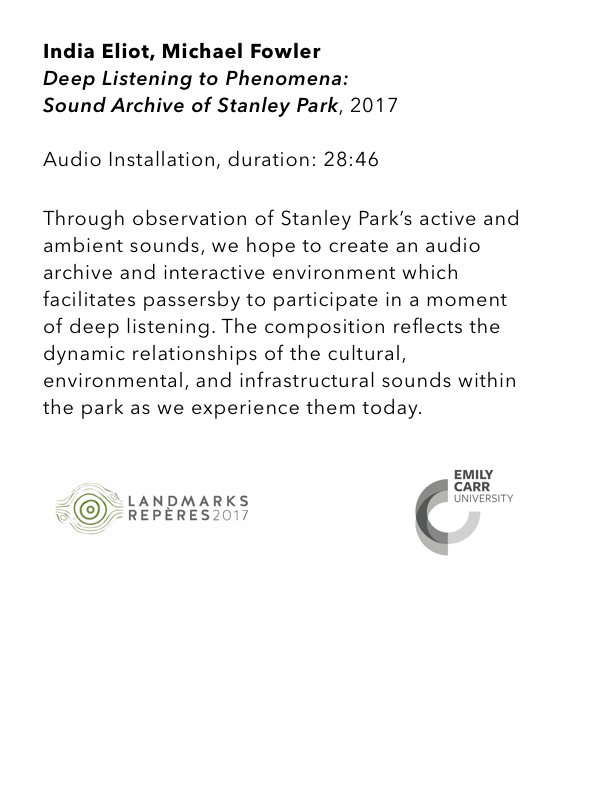 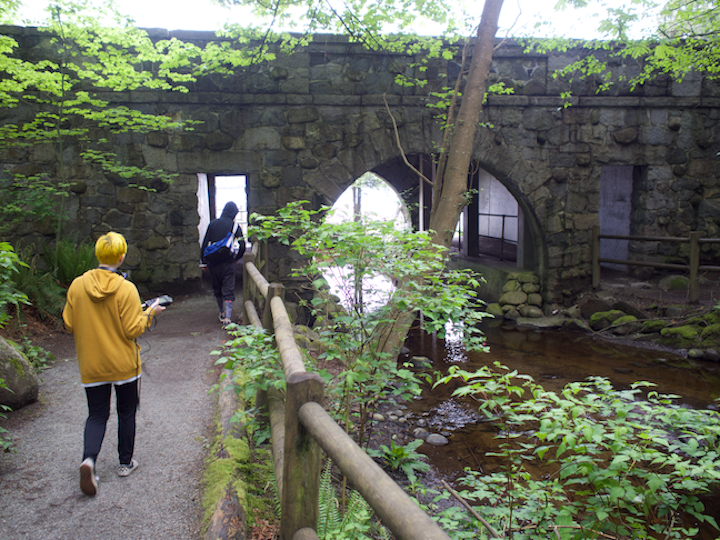 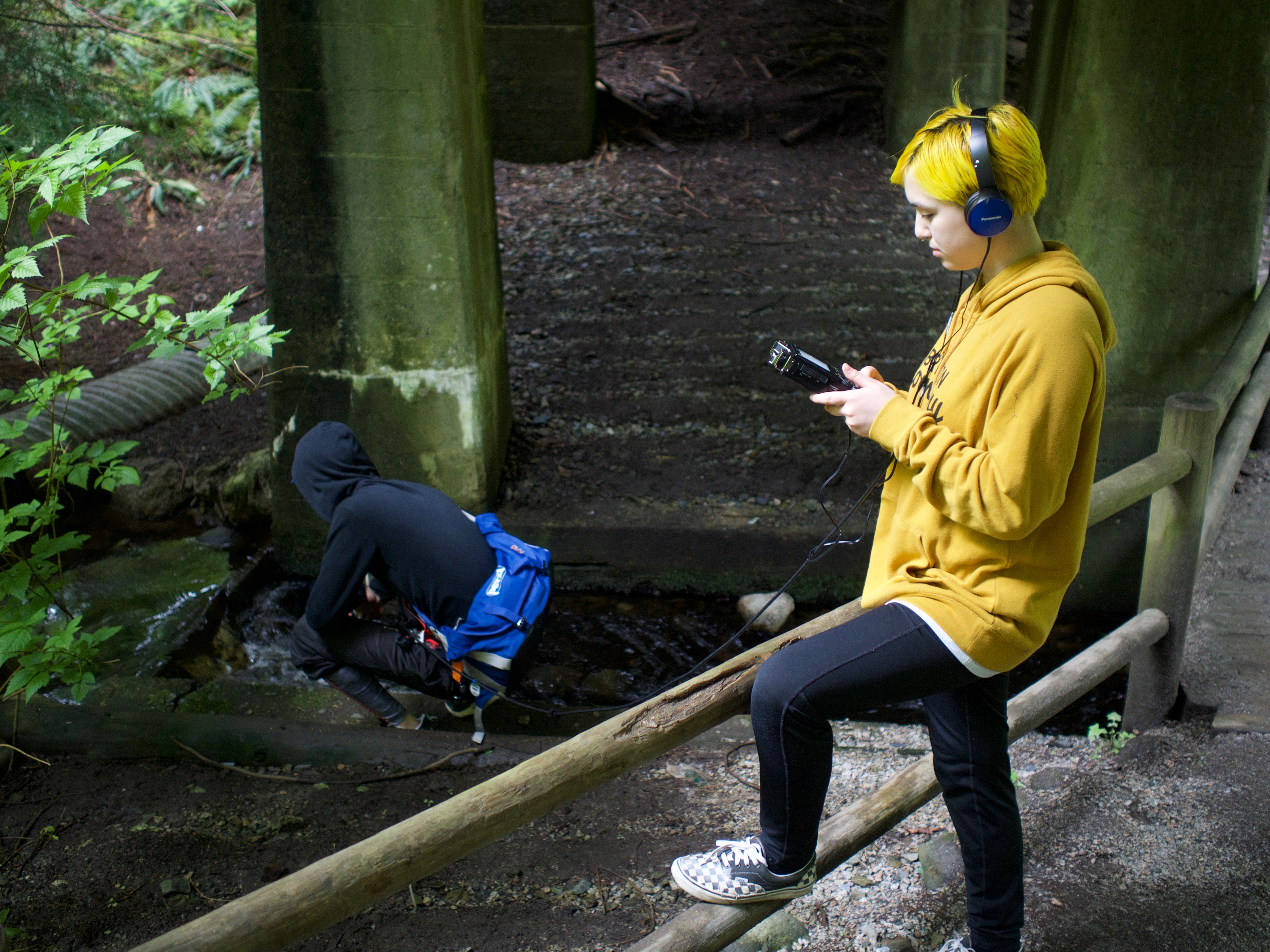 Prototyped use of space: 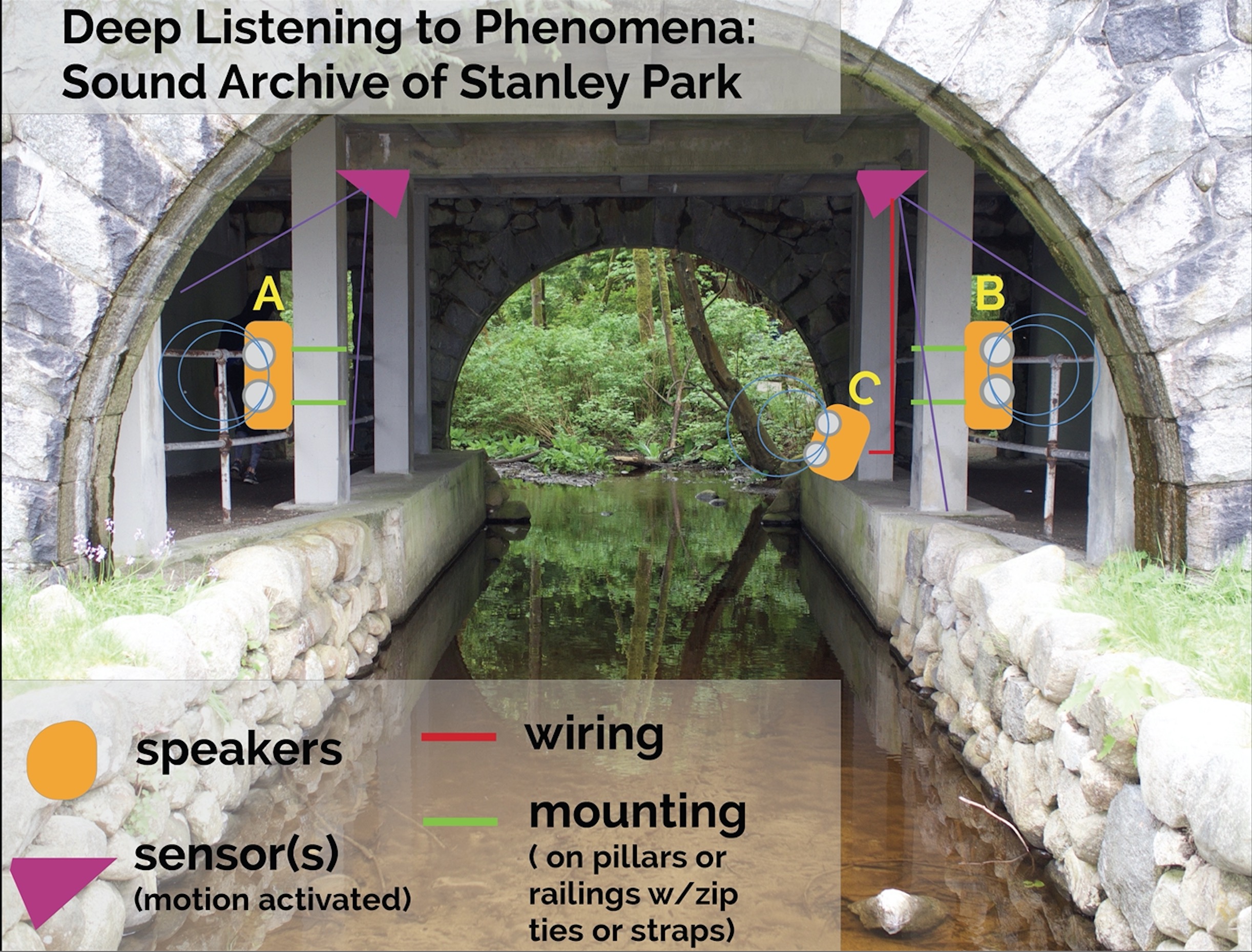 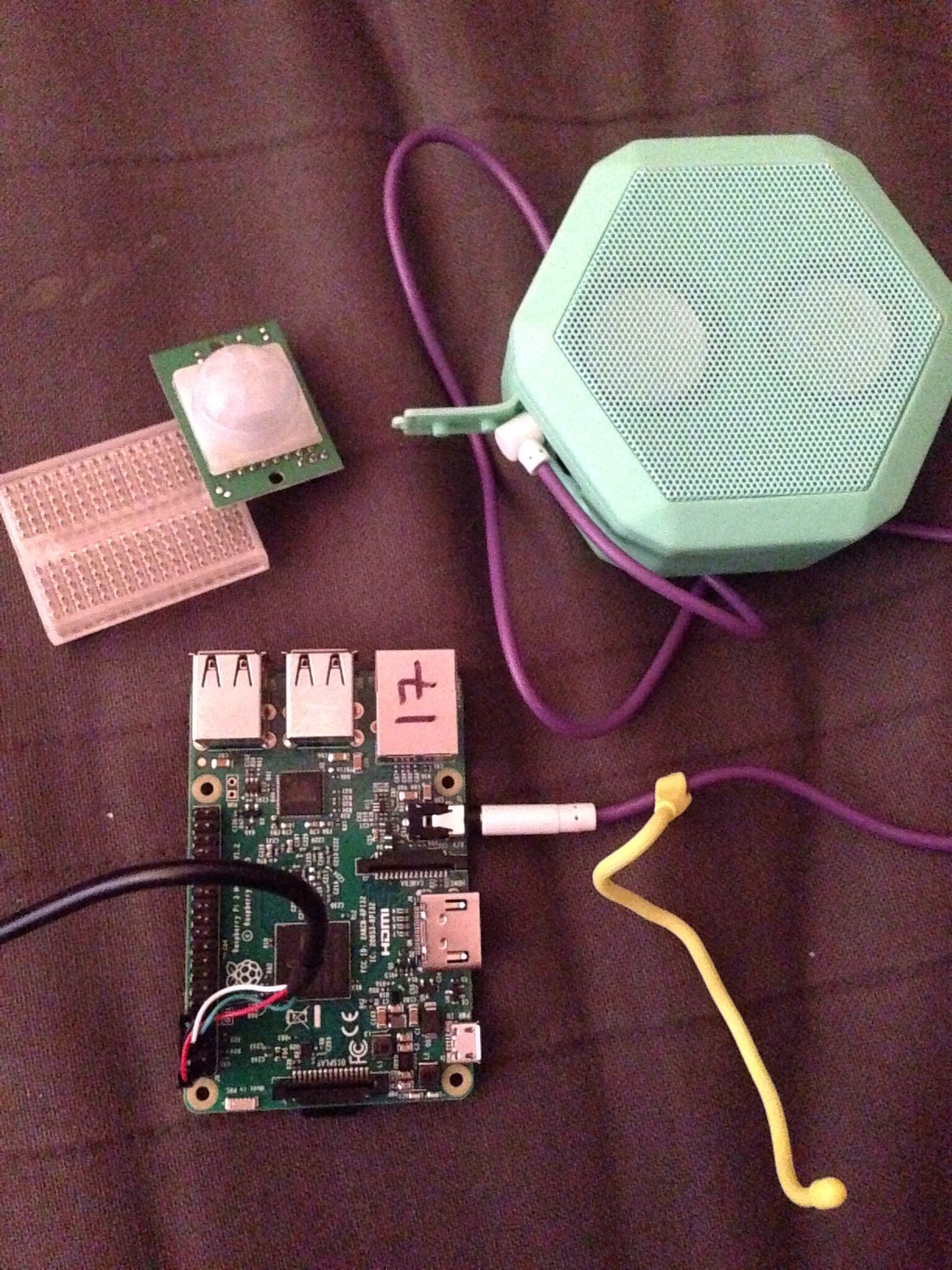 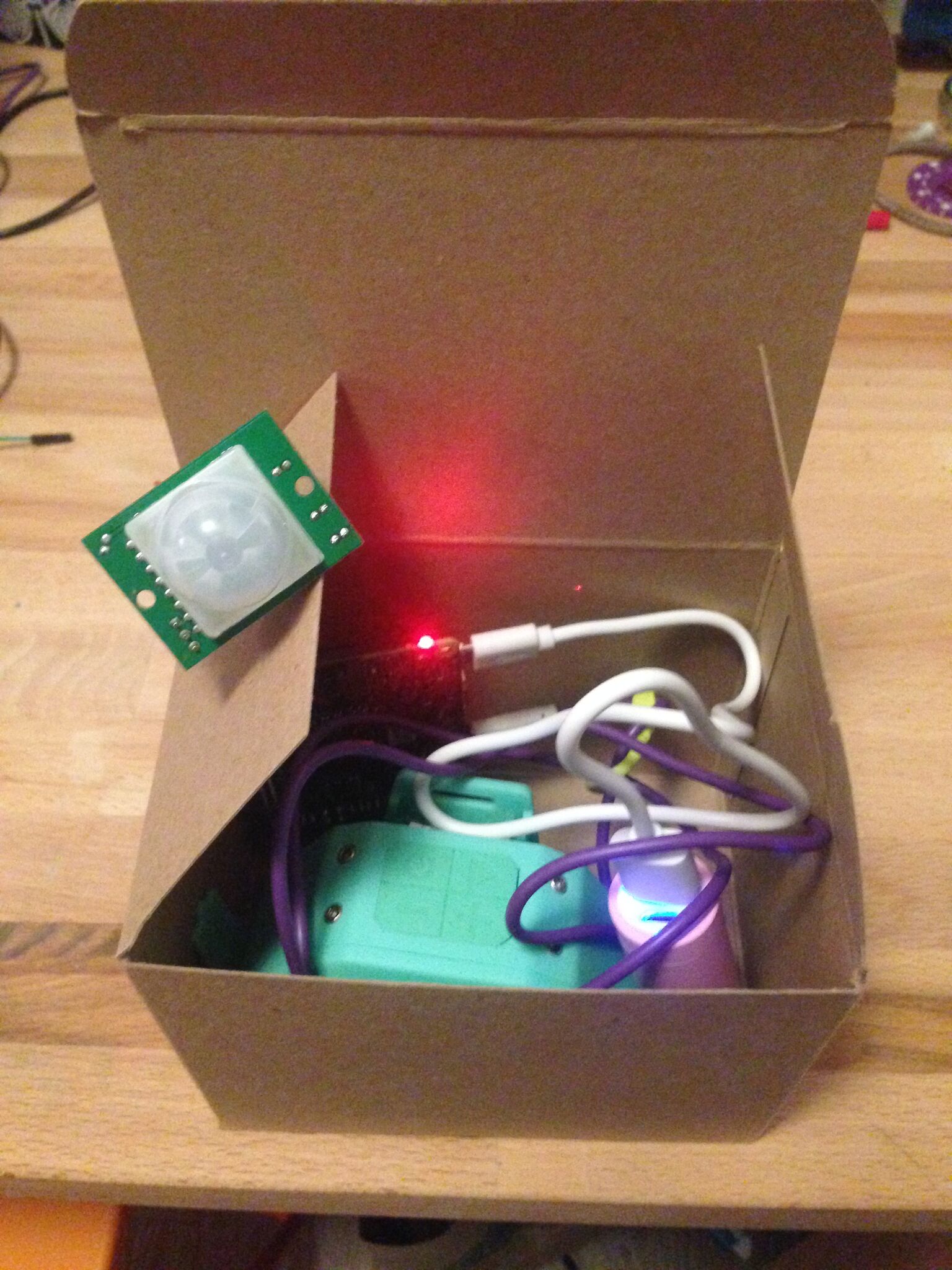